I posted this already on the Flying J Homeschool blog, but I know some of you are not aware of it yet, so I thought I would share it here too since it's a great freebie!!

Hey lovelies!! My friend sent me a link today that has me ALL excited - so excited that my husband is doing the post-dinner cleaning for me so I can tell you all about this. The Howard Hughes Medical Institute will send educators (YES, that is you, you are an educator, educating your children after all) free DVDs about science. 32 different DVDs on different subjects.

They appear to be geared more toward middle and high school, and I know a lot of you are schooling big kids. But there were two (luckily for me, they were the first two) that were perfect for what my boys are studying! 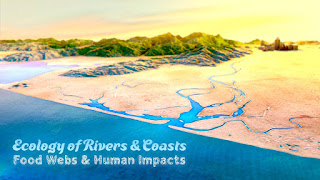 Jonny is studying water birds for his NOVA Wild! project, so the one called Ecology of Rivers and Coastsis perfect for that. The description mentions fish, crabs, insects, snails, and algae, but it also says that one of the major themes of this program are food webs. Those animals are food for the water birds, and food webs are one of his goals on his checklist. I've got my fingers crossed that we will see some good birds in this DVD.

Jasper is interested in the outer planets of our solar system for his NOVA Out Of This World project, and The Farthest: Voyager in Space fits perfectly. The Voyager program has explored Jupiter, Saturn, Uranus, and Neptune, which is a thing that my 8 year old child taught me. Go delight-directed learning! So he will be excited to watch that.

Like I said, there are 32 DVDs, most of which are for older kids and many of which are, perhaps very predictably considering the source, medical in nature. There are some cool ones, topics include DNA, evolution, AIDS, Alzheimers, Zika virus (if you live in southeast Texas and are homeschooling a big kid, you should totally do a project on mosquito-borne illnesses!), vaccines, the biology of skin color (which I have seen and it will make you feel very very disgusted by the fact that humans have treated each other differently based on something so ridiculously simple), and several about dinosaurs if you have someone who wants to dig in deeper and isn't intimidated by the big words. I'm not going to say it's for big kids because I have known some five year olds who could probably hold their own at a paleontology conference.

Anyway, check these out, sign up for an account, and get them mailed to you for free!!

Many, many thanks to Terra for bringing this to my attention.
Posted by Ashley at 5:09 PM